Win the War on Weeds Naturally and Ditch the Toxic Chemicals 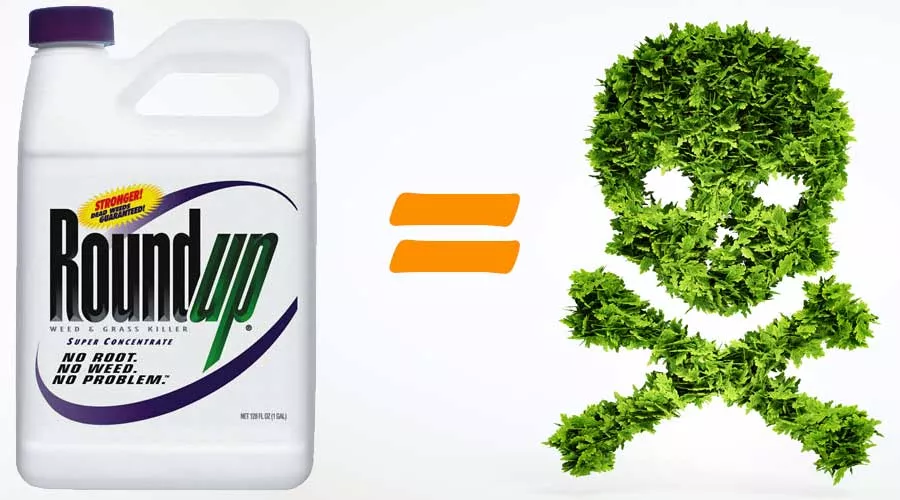 Gardening season is here, and that means lots of planting and pruning and tilling and growing and landscaping and mowing and trimming and…weeding. Vegetable and flower gardens need to be weeded in order to flourish, and anyone in search of a perfectly landscaped yard knows you can’t win that battle without removing some weeds.

But before you go grabbing that bottle of herbicide and spraying it all over your yard, take a moment to consider the collateral damage you may inflict on the environment and on the children and pets who spend lots of time in your yard.

Glyphosate, the weed-killing chemical that is the main ingredient in many herbicides, including the very popular product Roundup®, works to kill weeds by blocking an enzyme pathway that helps the weed grow. It’s been around since the 1970s, and it’s one of the best chemical weed killers out there. In fact, according to an article on businessinsider.com, Roundup is “the most widely used herbicide in the world.”

But glyphosate is also considered a potential carcinogen to humans and animals. The chemical glyphosate has been studied by the International Agency for Research on Cancer (IARC), which is part of the World Health Organization. According to an article on npr.org, the IARC “found ‘strong evidence’ that glyphosate can damage DNA in cells. This kind of damage, inducing mutations, is the first step in causing cancer.” It further found that glyphosate is “probably carcinogenic to humans,” and that mice that ate glyphosate developed tumors.

Additional research uncovered more disturbing finds. According to an article on bloomberg.com, studies over the past decade found that Roundup “pollutes water sources, hangs around in soil far longer than previously suspected, and routinely taints human food supplies.” Studies also found indications that “glyphosate can cause disease in mammals even several generations removed from the initial exposure.”

Many lawsuits have been brought against Monsanto, the company that makes Roundup and is now owned by the German company Bayer. It’s paid out billions of dollars to people who have used Roundup for many years and then were diagnosed with non-Hodgkin’s lymphoma (NHL). Thousands of lawsuits have since been filed.

With all this concerning evidence, you may want to consider using natural herbicide alternatives. And it’s not as hard as you might think. According to gardeningknowhow.com, some natural weed killers include:

The website momsacrossamerica.com explores some alternatives for vegetable and flower gardens, as well as yard maintenance, including:

As you can see, there are plenty of safe and creative ways to effectively get rid of weeds and keep your lawns and gardens beautiful. Whether you’re a buy-it-ready-made or a do-it-yourself kind of gardener, a google search for “organic weed killer” will find many available products to purchase and recipes you can make at home.

Natural weed-killing methods cause no damage to humans, animals, aquatic systems, or the environment. So do your research and experiment with some safe alternatives—and ditch the dangerous chemical weed killers for good. Happy (and healthy) gardening!