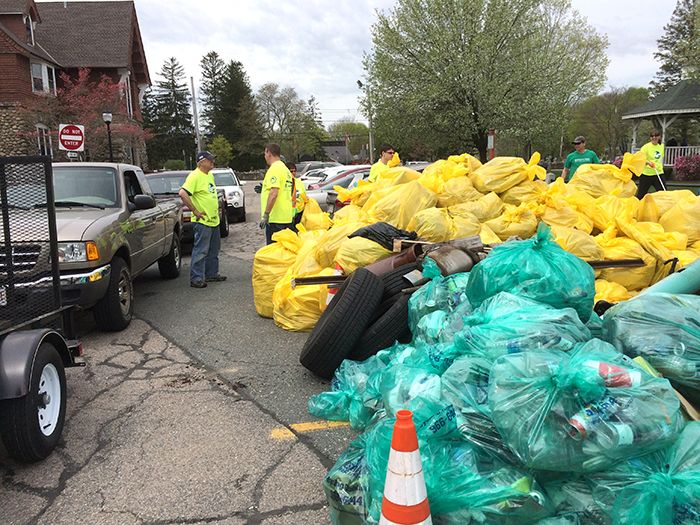 “Let’s Do Something about It”

Keep Massachusetts Beautiful officially launched in May 2014, but the organization’s roots trace back to the spring of 2008. That’s when Executive Director Neil Rhein’s wife encouraged him to stop simply complaining about the litter along the streets of his hometown in Mansfield, MA, and “do something about it.”

Emboldened by his wife’s advice, Rhein and others organized a group of local volunteers and government leaders and launched the first Great Mansfield Cleanup. More than 700 volunteers came out on a raw, rainy morning in April 2008 and gave the town a thorough spring cleaning. All told, volunteers collected nearly five tons of trash, dozens of tires, abandoned appliances, and other debris. The success of this event was the springboard for the formation of a Keep America Beautiful affiliate in 2009 that is now well known locally as Keep Mansfield Beautiful.

Since its inception, Keep Mansfield Beautiful has drastically reduced the volume of litter, beautified public spaces, fostered a sense of community pride, and delivered volunteer labor and in-kind donations worth more than $350,000 to the town of Mansfield. In the process, the town has become a cleaner, greener place to live, work, and play.

In 2014, Rhein founded Keep Massachusetts Beautiful to help bring these successful programs to towns and cities across the state. Today, 33 local KMB chapters across Massachusetts are making significant improvements to their communities.

At Keep Massachusetts Beautiful, we believe every town and city can benefit from having a group of engaged residents, government, and business leaders who focus on the issues of litter prevention and cleanup, waste reduction and recycling, and beautification and community greening. By implementing proven methodologies and sharing ideas that have helped other Keep Massachusetts Beautiful chapters succeed, dramatic improvements are possible.

If you are tired of seeing litter and want to improve the appearance and health of your community, we encourage you to “do something about it.”

Learn more about the benefits of launching a Keep Massachusetts Beautiful chapter in your community or contact us for more information.