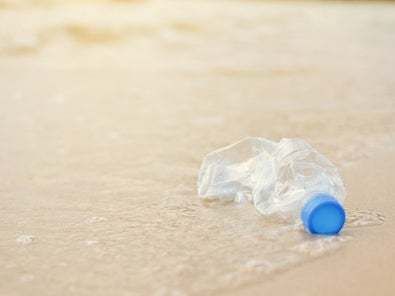 AmeriCorps Cape Cod has partnered with the U.S. Army Corps of Engineers to organize the 20th Annual Cape Cod Canal Clean-Up and are accepting volunteers. The annual event sees more than 200 volunteers pick up hundreds of pounds of trash along the bank of the canal.

The 20th Annual Cape Cod Canal Clean-Up runs during Earth Week, Sunday, April 18 through Saturday, April 24. Volunteers can sign up for a time slot throughout the entire week, and several clean-up locations are available along the Cape Cod Canal. Social distancing and masking guidelines will apply.

The Cape Cod Canal is the broadest sea-level canal in the world. It is 480 feet wide and cuts through about 7 miles of land, and technically makes Cape Cod an island. It is maintained and operated by the Army Corps of Engineers. Many people walk, bike fish along the canal's service roads and shores.

"Canal Clean-Up is an excellent opportunity to serve the community, and it's also a lot of fun," said an AmeriCorps Cape Cod spokesperson in a statement. "Join AmeriCorps Cape Cod and the U.S. Army Corps of Engineers to celebrate our 20th cleanup as we work together in keeping the Cape Cod Canal beautiful and safe for the future!"

To volunteer, sign up for a time slot and location via the registration link below.