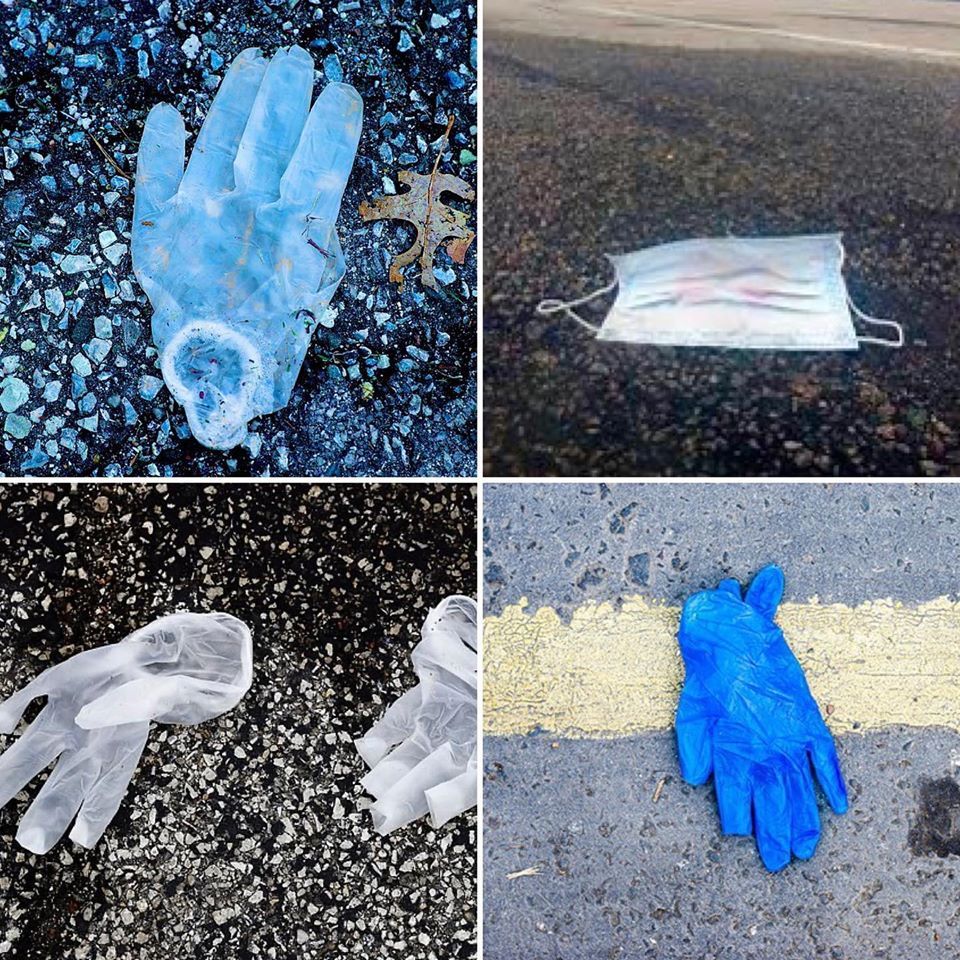 If you have been out shopping or walking in recent weeks, it’s hard to miss the face masks and latex gloves that some people are carelessly tossing aside in shopping center parking lots and along roadsides.

Unlike the ordinary everyday litter that can be found along virtually every street and sidewalk in Massachusetts, (alcohol bottles and cans, cigarettes, coffee cups, plastic bags, etc.) this personal protective equipment (PPE) litter lowers the bar on personal responsibility and respect for other people even further.

This new wrinkle in our littered landscape got me wondering about what goes on in the mind of litterers. How is it that a small percentage of the population can cause such damage to our environment and drive me and so many other litter-phobes crazy with frustration?

A recent analysis of individual behavior within the suburban subdivision in which I live proved to be illuminating. Earlier this spring, a local landscape company marketed its services by dropping a small plastic bag and flyer at the base of every mailbox in the neighborhood. The bag was weighed down by a handful of pebbles to prevent it from blowing away in the wind.
As I walk my dog every day, I am still finding these bags on the sidewalks, in the street, or in some cases exactly where they were dropped two months ago. This leads me to conclude that when it comes to litter awareness, there are basically four types of people in the world:

Let’s focus our attention on these last two groups. How is that some people can travel to their mailbox every day, see a piece plastic litter on their own property, and simply ignore it? Do they simply not see it, or do they see it and simply not care? I wish I knew the answer.

On to the miscreants who foul parking lots with PPE litter, toss their empty nips (miniature liquor bottles) out their car windows, or leave empty Styrofoam bait containers and beer cans behind at pristine fishing spots. What is happening psychologically to cause such disrespect for others and our natural environment?

I am no mental health expert, but my theory is that in many cases, littering is often a symptom of deeper underlying mental health problems. If you’ve got an issue with alcohol, you’re probably more concerned about avoiding a drunk driving arrest than you are about disposing the evidence of your illicit drinking responsibly. If you suffer from depression or are dissatisfied with your lot in life, you may toss your empty beverage containers into a beautiful river or release some tension by smashing your beer bottles on some nearby rocks.
Some litterers are simply reflecting their own ignorance and entitlement. If you grew up in a prosperous household where you were not required to clean up your own room or help around the house, you may figure that it’s someone else’s job to clean up after you. If your parents, schools, and society as a whole never taught you to respect other people’s property, then sadly, you’re probably not giving a second thought to your inconsiderate littering habits.

So how do we fix this problem? Keep Massachusetts Beautiful and its 30 local chapters organize litter cleanups all across the state. These actions are necessary to clean up what’s already out there. But how do we address the problem at its source to prevent people from littering in the first place? That’s a tougher nut to crack, but here are a few suggestions:

It’s often said that the definition of “crazy” is to do the same thing repeatedly but expect a different result. Our approach to litter reduction in Massachusetts reflects this mentality and is overdue for an overhaul. To get it done, we need our state’s elected leaders to start paying attention and taking some real action. Without it, we’ll continue to see face masks, latex gloves, and other evidence of society’s ills marring our once-beautiful Massachusetts landscape.

Neil Rhein is a member of the Mansfield Select Board and the executive director of Keep Massachusetts Beautiful.