If You Love Birdwatching but Hate Litter, Try Plirding! 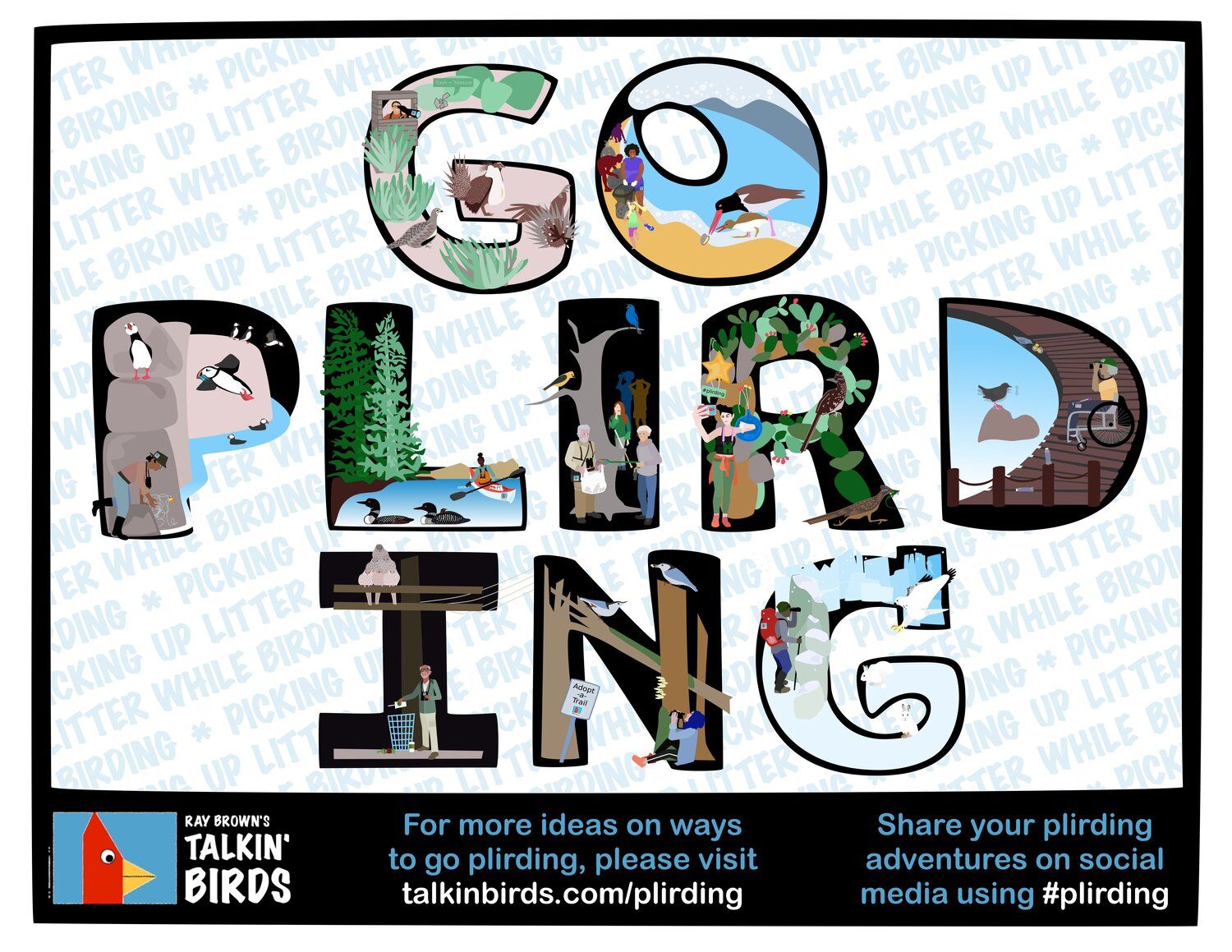 We hope you’ve been spending some time this summer plogging, plalking, and pliking—while wearing a mask and socially distancing, of course. Now that we’re more than midway through August, it’s time to introduce a new hobby for fall—plirding! All the cool kids are doing it.

And that brings us to plirding, a concept thought up by our friends over at Ray Brown’s Talkin’ Birds, which is picking up litter while birdwatching. It’s good for the birds and other wildlife, it’s good for the environment, and that makes it good for us! You can do it alone or with others. It’s up to you.

Much of the litter discarded by people is dangerous to wildlife. Fishing line is almost invisible so birds can get caught up in it and get injured. Lead fishing tackle is poisonous to birds and other animals, who ingest it thinking it’s food. Plastics of all types are dangerous and sometimes deadly for wildlife. So, if you’re a fan of birdwatching, go the extra mile to show them you care and want to keep them safe by picking up litter while you’re there.

Plirding is a great activity to do alone, with a partner, or with a birdwatching group. Make sure to bring a recyclable or reusable bag or a wide-mouth backpack lined with a bag to hold the litter you find. If you’re plirding with a partner, one of you can wear or carry the bag while the other picks up litter, then you can switch it up. Or if you’re in a group, you can designate two or three people to be the baggers  while the rest pick up the trash. Even better, designate one backpack for trash and the other for recyclable trash you find.

For safety reasons, we recommend wearing rubber-lined gloves when plirding or picking up litter anywhere. You can up your plirding skills even more by using a litter-grabber tool, which reduces the amount of bending and prevents potential back pain. To make it easy for anyone who wants to clean up litter in their community, Keep Massachusetts Beautiful offers a free Litter Cleanup Kit to anyone who takes the pledge and joins the Massachusetts Litter Cleanup Crew.

Don’t forget to watch for those red-bellied woodpeckers, brown-headed cowbirds, and indigo buntings along the way. Maybe you’ll be doing so good at cleaning up their home that the birds will be watching you too! You might even start a new trend in the bird world called pleoplewatching—watching people pick up litter! And all the cool birds will start doing it.

One of the bonuses of picking up litter is that other people will see you doing it. Seeing someone picking up discarded trash is very motivational. It brings attention to the trash, if the person hadn’t noticed it, and it brings attention to the fact that discarded trash is unsightly at the least and dangerous to wildlife at the worst. When I see someone stop to pick up trash, it inspires me to do the same.

Every time you reach down to pick up someone else’s discarded trash, you’re helping to inspire people to do it as well and to stop littering! And that’s the best possible outcome we could hope for.

Help keep birds safe and healthy and help the environment too by plirding. For more information about plirding, go to www.talkinbirds.com/plirding. And get plirding today!